A Brazilian Internet? My Contribution to the Debate

I contributed to an article published by The Verge, written by Amar Toor, published on their website on September 25 2013. The story is called “Cutting the cord: Brazil’s bold plan to combat the NSA–President Dilma Rousseff wants to route internet traffic away from the US, but experts say it will do little to deter American espionage.” On Monday Amar Toor sent me some questions. Here you can read my quick answers, written in between lots of other stuff that was going on that day.

1) President Rousseff has called for the creation of a new fiber-optic undersea network that would span from South America to Europe and Africa, as part of an attempt to avoid routing Brazilian web traffic through the US. Do you think this plan represents a viable way for Brazil to “break away” from a US-dominated internet? What are the major hurdles (e.g., technological, economic, political) that stand in its way?

Geert Lovink: This is potentially a major step of Brazil and hopefully more countries will follow. From a post-colonial perspective we need to break open the multi-stakeholder consensus of the old boys networks that so far have ‘governed’ the internet. The dotcom-NGO-libertarian argument, of trying to minimize state influence, has resulted precisely into the situation that we find ourselves in. Governing bodies such as IETF and ICANN are under scrutiny right now. Both the dotcoms and the telecoms have actively compromised themselves. It is correct that the engineering class should feel the heat. They should take responsibility for the mess that we find ourselves in. It is too easy to blame the NSA for everything. Can they please answer the question why, for instance, most of Brazil’s internet traffic is routed through the US. That’s clearly a mistake in the network architecture.

Do we need more local Internet Exchange Points? Where are the solutions? Brazil needs to invest more in the architecture they desire (cables to Africa, Europe and Asia), but right now we also need a critical investigation how we got here. There are NSA spies inside the IETF and they need to be identified during the next meeting in Vancouver, this November. But that can only be a first step. What we need is a radical reform of the internet architecture itself–also in the light how to accommodate the next one billion users. Many of us have lost confince in the ‘global cloud’ solutions. So how can we disarm, or dismantle such IT facilities? The good thing is that big companies are now also ready to pull out. Rightly they do not trust the cloud anymore. We all know that solutions won’t come from the USA or Europe. Let’s see if the Brazilians will take these ideas further.

2) Security experts I’ve spoken with say that Rousseff’s plan will likely do little to stop NSA surveillance, but do her actions carry any sort of symbolic significance? I know that Iran has made moves to wall itself off and create its own domestic private network, but it seems notable to me that a democratic emerging economic power would call for somewhat similar regulations.

GL: That’s true. The NSA has multiple ways to enter personal conversations. But in the case of Brazil it is very clear that the current architecture is making it very easy for them to filter and store the traffic of entire countries, on their own territory. Exceptionalism is not going to work on the long run, unless you believe that is it inevitable that the internet is going to fall apart anyway. I am not one of those. All states can and will spy on their citizens and on other states and will keep an eye on global telecom traffic. Some states will try to insulate themselves. True, but does this somewhat banal insight really help us in the current fight over standards and protocols of global communications? The Brazilian move to become less dependent of the USA was and will be necessary, regardless of Snowdon scandal.

3) Do you foresee a situation where the internet will ever be *not* centered around American companies (or, for the sake of argument, around a handful of private companies with overwhelming market power?)

GL: The internet in China is currently not centred around American companies, or am I wrong? It is not hard to imagine that the entire world will depend on Chinese hardware (chips, routers, smart phones etc.). I am enough of a materialist not only to focus on software and internet platforms such as social media. US-firms dominate some markets, at some point. In terms of cell phones the US was well behind but has picked up rapidly in recent years. Smart phones are not “Made in the USA”, we all know that, and the iPhone only has a tiny share if you look at global statistics. But yes, you are right. The question of the inevitable monopolies is out there, we can’t run away from it.

4) What would a “decentralized” internet look like, and what implications/risks would it have for civil liberties, politics, communication, etc.?

GL: Lately many of us not believe that decentralization alone is the solution. The debate has moved on. Yes, there can be autonomous nodes but what really matters is how they are talking to each other. Let’s discuss how the ‘federated web’ could look like and how horizon and vertical connections can be brought together. Please all read the Accelerationist Manifesto in which these matters are discussed in details. It is no longer the local romantic offline versus the centralist option of scaling up. We all want strong ties in the locality whilst having the possibility to communicate on global level with our peers, family and friends elsewhere on the globe.

5) To what extent can Brazil’s actions be seen as a reflection of larger economic trends? (i.e., the emergence of the BRIC countries, shifting power from US-Euro to China, India, et al.) Could the emergence of these countries pose a new counterweight to the US/Euro dominated internet, as projects such as the BRICs Cable purport to do — an internet divided along North-South lines?

GL: If countries such as Brazil build their own social networking sites, apps culture and informal chatting, dating sites, search and so on, then yes. It is not hard to see such a happening. Japan is a good example of a loose and somewhat isolated net culture, so is China (but for other reasons). If this is going to be played out on the level of platforms, I doubt. Not right now. It is even the question whether the opposition of President Rousseff against Washington is politics driven by sentiments. Are there really plans to build out the international infrastructure of Brazil? Let’s hope so. If you look on all the bandwidth maps of the world you can indeed easily become depressed (and outraged). There is a great urge to act. With the exception of China it is certainly too early to speak of a counterweight. That could change in a decade. 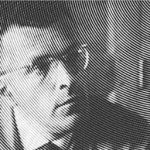